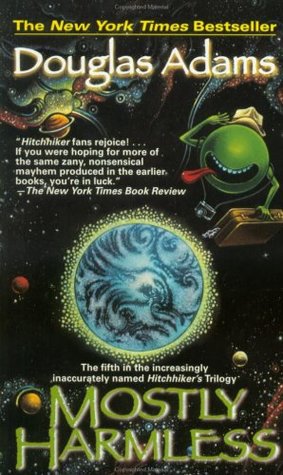 I have one of those minds without an off switch. It just goes on and on and on. I think of my subconscious as a room with a locked door in my brain, but in my case, the lock is broken. Periodically stuff that should be safely locked away there just comes shooting right out into the open thought areas. Sometimes they are just a flash, so maybe there is a guard in the locked down subconscious ward, but he nods off now and then and something slips out. Maybe he catches it and drags it back in, but maybe sometimes he's dreaming away and the thoughts slip out and he's never the wiser. You know, at least until shift change when the sneaky little bugger is discovered to be missing, is hunted down and locked up in solitary for it's transgression. See, I told you my mind just keeps going.
Oh, did I have a point? Or was I just feeling the need to convince the blog reading public that I may be completely bonkers. Or, maybe, mad as pants. I love that expression, not really in a way that I would like for it to be applied to me, but I really do like it a lot. Actually, I did have a point. I don't know why things pop into my head, but they do and I have to give them some thought. I was thinking again, I don't know why, about my single days and how I was perceived as such a threat by people. For one thing, I've never wanted someone else's man. I just automatically note that they are off limits and then don't even consider them as a possibility. They are just so and so's boyfriend/husband/date to me. That makes me a little easier with them, which I guess could seem like flirting, although it is absolutely not. It's just me being more comfortable. It's probably very similar to flirting with the exception of the intention. So, for people who don't know me, I'd be able to understand that. They are really the only ones that it would apply to, so it shouldn't be an issue at all, but has been too many times in the past.
See, here's where the mostly harmless comes from, at least partially. I am no threat to anybody's relationship. When I get to feeling that weird vibe from people, or see them yank men out of my vicinity like I'm some kind of home wrecker/maneater, it just strikes me as being so crazy.
That isn't all of it, though. I also had the plotting of Sparky's death popping into my mind. To give you an idea of how harmless I really am, let me explain to you my death fantasies for my ex. I would imagine him walking down the street (in the city, it would have to be in the city) and as he walked along the sidewalk an anvil would drop from the sky, or the top of a very tall building and land right on his head. He would, undoubtedly, be smooshed into an accordion shape. I would then walk past and say, "meep, meep." Yes, this was the way I imagined Sparky meeting his maker. Now note that, although, I did include myself in the fantasy, I had nothing to do with the anvil. I didn't set it up, or make it fall. How dangerous can you be when you are only capable of fantasizing cartoon violence. I assume that an anvil dropped from a very high height would certainly cause death. Sheesh, they say a penny dropped from high enough will kill you, what with all the 9.82 m/s^2 and all. The "meep, meep" implies, I believe, that I am saying this to someone who can actually hear and recognize it. So, he'd be very dusty (or is that only when they fall into those Grand Canyony crevasses and make the poof of dust?) and very flattened (possibly accordioned, possibly with shoes intact and head sort of flattened on top of very condensed torso and appendages), but not dead.
Harmless? Certainly, well at least mostly. Crazy? That seems pretty debatable at the moment. Hopefully, Piksea will ponder something far more rational soon!
Posted by JoanneMarie Faust at 10:30 AM

You are not alone. I had many fantasies of death for my ex. Mostly I think because I was too much of a wimp to figure out how to leave him for a long time and it would have been so much more convenient if he had just ceased to exist. But yeah, when it was late at night and I had no idea where he was, I would picture car accidents, crazed drug dealing killers with guns, etc. I did finally get my s**t together and divorce him many years ago. He was still nothing but trouble, but finally died of a burst aorta about three years ago. (Sigh of relief.)