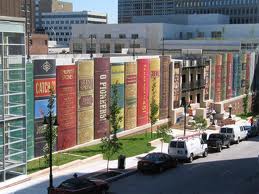 Today, at Brainpickings.org I've stumbled across an article about a children's book written by none other than Sylvia Plath, called The It Doesn't Matter Suit.

Today began Round 3 of the School Library Journal's Battle of the Kids' Books 2013.  The challengers today were, Bomb  and, of course, The Fault in Our Stars.  Yep, you guessed it, The Fault in Our Stars walks away from another dust up as it battles books on all fronts.  Do not let this keep you from reading Bomb, though. The book was amazing and everyone should make a point of knowing this story.  It starts in Nazi Germany and we're still dealing with its subject matter to this very day.

In other news, I am still completely obsessed by The Lizzie Bennet Diaries and all of its spin-offy videos. I have yet to delve into the Twitter, Facebook and Tumblr accounts associated with it, but I will definitely have to start soon.  I'm up to Jane and Bing reconnecting and Jane taking a job in New York.  I can't wait to see how they handle things going forward.  Will the creators just stop at the end of the book?  This thing seems to have taken on a life of its own and I, for one, will follow along and see what modern day Lizzie and the gang have in store for them, for as long as they care to go on.

P.S. - since I wrote this post a few hours ago, I watched the last episode of The Lizzie Bennet Diaries.  I loved every second. Now, I'm sad that it's over and so happy that I found out about it and got to see it all.  So so good.  They have new stuff coming out soon and a Kickstarter campaign to put the series out on DVD.  Help if you can.

Posted by JoanneMarie Faust at 2:30 PM