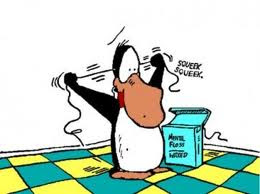 I got an email from Mental Floss with links to some really great articles and I felt the need to share.  Here are my favorites, in no particular order:


Okay, that's them.  Enjoy! I love that Mental Floss!  Oh, and watch their videos with the Green brothers on their YouTube channel.  I can't get enough of John and Hank Green!
Posted by JoanneMarie Faust at 1:05 PM