So Many Book Lists! 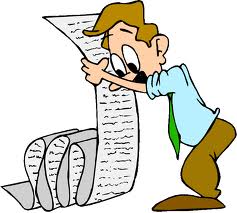 The original Fausti's Book Quest was started based on book lists.  I found a handful of lists of books that I decided to tackle, but then I kept finding more. I made tables of them, printed them out and put them in three ring binders. I now have a bookshelf just with binders of book lists. I've stopped printing them up now, but I still keep links to them as bookmarks and I can't resist them when I spot a new one for any reason.

Today, I'm going to do a little housecleaning of my bookmarks and post some of my back log of book lists.


Well, that's just the tip of the book list iceberg here, but I think that should keep people going for a while.  I know I've got to step up my game. I've already promised myself that I will read a book from a new author who has contacted me (personally, or via a blogging or reading group I am part of) each week and promptly post my reviews.  Last weekend Sherlock's Home had that distinction and this weekend it's Massive Black Hole.
Posted by JoanneMarie Faust at 2:16 PM