The Best Books of 2013 According to, Well, Pretty Much Everybody 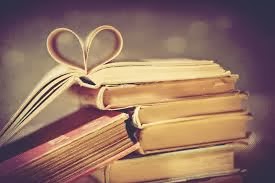 It is that time of year. The calendar is running out of days, and pretty soon we'll all be making resolutions we may or may not keep, figuring out our reading goals for the new year, while being completely unable to switch over from 2013 to 2014 anytime we have to write the date.  It's also time for all the lists of "Bests" according to everyone with an opinion.  My favorite local radio station has been encouraging their listeners to complete their "obligatory year end survey", choosing the Philadelphia metropolitan area's favorite modern rock tunes, bands, etc. of the ending year.  It is no different for the reading community.

I know how very subjective the reading experience is. I also know that way more books are published every year than I can possibly get to, a fact which pains me often. I like to see the books that consistently show up on the "you should be reading this now" lists throughout the year and the best books lists at year's end.  I get to feel very satisfied with myself when I've read and enjoyed them. Since I know that I missed so very many, books appearing on multiple lists get pushed up to the top of the TBR list.


I'm sure this isn't the end of the lists, but I'll try to keep any but the absolutely most exciting to myself from here on out.  Next, I'd like to see what kind of challenges book bloggers are cooking up for 2014.  I've already seen a couple that I definitely would like to take part in.
Posted by JoanneMarie Faust at 12:24 PM