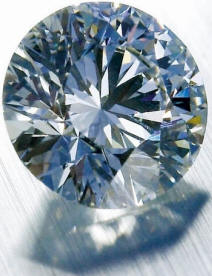 C and I had been together for a few years and we had some really good times. We'd been through some rough patches, but we both seemed to be in it for the long haul. He was a few years older than I, so there were times we weren't on the same page chronologically. For example, he turned 25 before I turned 21. I was still feeling like such a little kid and he was having a quarter life crisis.

Our warm weather weekends were spent mostly on his boat just enjoying the water and the sun. We made the most of and thoroughly enjoyed our time together, alone. I guess I was about 22 or 23 and happily in love in my first real grown up relationship and left an enjoyable early summer weekend to head home. I didn't realize how strange my life would become.

I called to let him know I made it home okay, since I was driving an ancient Datsun for an hour and a half on mostly back roads between our houses. In this conversation C brought up marriage, and not in a good way. He told me that he didn't want to get married and that was fine with me. I wasn't even thinking about marriage. Then he picked a fight about this total non-issue. He swore that one day I was going to want a commitment and he wasn't going to be able to give it to me. It didn't matter that I couldn't pinpoint a time in the future when this could even be a concern. Somehow, by the time the conversation ended, I was hurt, confused and single. We were both crying (I'd never seen or heard him cry before this). He's telling me how much he loves me, and he's dumping me. It was awful. It made no sense to me whatsoever. I mean, who professes their undying love to someone, crying their eyes out while breaking up with that person over something that might never happen? Even worse, who does this after an idyllic weekend together, and over the frickin' phone, to boot?

The next couple weeks were filled with long tearful phone calls. Then it started to sink in that it was probably better for this to happen now, rather than after squandering all of my youth with someone, discovering that I did want the promise of forever and not getting it. What if marriage became a big deal for me and he really knew that he would never be able to offer me forever? I started to distance myself, for my own protection and in the hopes of healing. I wasn't calling him anymore and I was happy for the 60 + mile buffer between our houses. It was better to not be able to run into him, accidentally, or on purpose.

Just when I was finally getting myself back together and thinking about moving on and taking control of the next part of my life, he called. My family had already left for our shore house for the weekend and I was the only one still home. He wanted to come over and talk. I've nevere been that good with "no," so I agreed.

He showed up at my door a little later and we wound up driving around aimlessly and mostly silently until we ended up at the duck pond in my neighborhood. I wasn't helping matter, I'm sure, since I was on self-preservation auto pilot. I was afraid to be close to him or touch him. I'd spent six weeks hurt and confused by my first big, real, grown up, true love. Ours was so much more and intense than my silly little high school relationships.

If I had let him hold me, or if I looked into his face, I would be in danger of falling apart. I didn't know that I could hurt as much as I had those last few weeks. I was just starting to get myself together, but I knew it was tenuous. I couldn't deal with letting myself get crushed again. I was trying to hard to be invulnerable, but I was really so much the opposite.

At the duck pone he got out of the car and spread a blanket on the grass. I sat, all stiff, on the corner, as far from him as I could be, avoiding eye contact. He started talking and I couldn't really listen because I was still worried he'd say something else horrible. It might not have made any sense that he would drive all the way to my house, just to say that he meant it when we broke up, but none of the rest of it made any sense either. The gist was that he had been thinking about marriage and it scared him. He broke up with me, not because he didn't ever want to get married, but because he had been going to propose and he freaked. Then he told me he loved me and asked me to marry him.

As all the blood drained from my head, I looked directly at him for the first time. I wasn't touched and flattered. I wasn't flooded with warm feelings. I was mad. There he was, just staring at me and telling me how much he loved me and had missed me, but it was just another confusing message. He told me that I could take as long as I wanted to think about it as long as I didn't say no right then and as long as I didn't hit him.

Dazed from a proposal that I hadn't expected, we got back in his car and he drove me home. Then, I made him leave. I'd gone through six weeks of agon and here was just staring at me with the googly eyes, telling me how much he loved me and wanted to spend his life with me. He'd spent the time knowing what was going on in his mind, but I'd been in the dark about it, hurt and cut off from him and alone. I needed time to process and I couldn't think straight with him there. And, quite honestly, all that staring at me was really freaking me out. He left, but he was making his intentions clear. He was back by the next morning.

For the next few months after that we didn't have a conversation that didn't include a constant barrage of "Marry me." Every time he caught my eye, every time we talked, it was there, this question that was as scary and painful as it was exciting and flattering.

Eventually, I said yes. I knew that I wanted to be with him and figured that must be the same thing as wanting to marry him. I remember being so worried about losing my identity. I was right, but totally wrong. I was more in danger of never really having an identity than of losing one.

We never married. By New Year's my ring was ready and we'd told our families. By March, we were over for good and it wasn't pretty.

There may have been a slim chance that I would have made a world class wife, mother and life companion. I'm talking really slim. I was a sheltered, spoiled little girl whose parents still bought her everything (pretty much) and did everything for her. I would have gone from my still very childlike existence to being another responsibility for him. I worked in crisis intervention at a youth shelter. I paid no rent, no car insurance, did nothing around the house. I came and went as I pleased. My money (the little I made ) paid for my fun and gas in my car. I hadn't lived, really. I was worried about losing an identity I hadn't even formed yet. The view is very different of this ordeal from this side of years and life and experiences.

Posted by JoanneMarie Faust at 9:37 AM